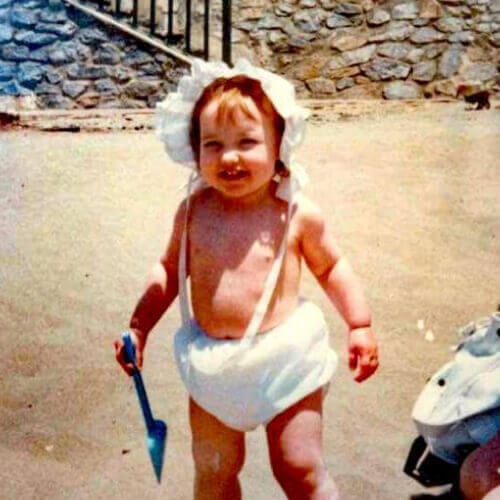 It feels like the world is in a race to make things as simple as possible. It’s something that we all seem to want - who wants to struggle? But this simplicity has negative impacts and, as designers and innovators, we should take some responsibility in preventing those.

I’m pretty sure that few - if any - designers start out to make things that are malicious, we’re mostly trying to create things that are good. But sometimes things have unexpected consequences. In the new Netflix documentary ‘The Social Network’ (which everyone should watch!), designers from huge tech companies take us through some of their regrets around designs that have led us here - a world addicted to and massively influenced by social media. Across the internet, algorithms are designed to keep us engaged and to sell to us but they aren’t weighing up the benefits or disadvantages of how they achieve that. And while the designers featured can, in some cases, claim naivety from developing the first generation of apps and networks, we should now know the harm we can do and we need to have the foresight and accountability to do better.

So, what is so wrong with focusing on usability? The first issue is ethical - the power that we have to decide what content we want people to focus on. We get to decide what to make easy. We all know that when you visit a website, it is much easier to hit the big button and just accept all cookies than to set your preferences. But the problem is we’re designing it to make them do what we want them to do rather than what they truly want to do. They don’t know what we’re really asking them to accept, and we’re not making their choices equal. The film ‘I, Daniel Blake’ (another must-watch) gets this across really strongly. Government websites are tested for usability to within an inch of their life. That big green button makes it very easy to get what you need to do, done. But testing also shows that people click that button without reading the information around it. They don’t need to in order to complete their application. That means that they don’t know what they’ve signed up for or that they’re agreeing to meet certain conditions. In the film, the central character is losing his home because the system won’t adjust to help him, and because he hasn’t understood his commitments. And because we’ve given over authority to this ‘easy to use’ system, nobody else feels accountable for challenging it. When we’re talking about people’s livelihoods and well being, we don’t just need to make it easy to hit ‘submit’- we need to make sure that they fully understand what it means when they do. Would it really be so bad to encourage people to stop and think?

This lack of friction happens everywhere and sometimes it’s deliberately used to suit other’s purposes. I attended a talk with Richard Shotton - formerly a consultant for Pret a Manger. He described an experiment run by the company, where a trial was set up with contactless payment in a few London stores. They compared the differences in perceptions of customers after using cash, card or contactless. Those using contactless were more likely to spend more, less likely to remember what they paid and also more likely to judge their purchase as good value. People spend more, can’t remember what they spent and think that it’s better valued! Pret rolled out contactless payments across all of their stores, obviously. In the world of Covid where contactless is fast becoming default - isn’t this something we should help make people aware of? Ultimately, making things more usable tends to lead to a lower level of processing. That’s OK in itself, but if that is the route we want to take, we need to figure out a way of preventing harm - such as addiction, debt, public shaming - all issues that are easy to result from not taking a pause.

Alongside the ethical issue, the second way of looking at this is just actually solving the right problem. When we focus on usability, we are fixating on a solution and not what led us to this point. If we stopped focusing on making the big green button easier to spot and instead on what brought us here, we might find an entirely different solution.

So, what can we do about this focus on usability? Over lockdown, I attended a Democracy and Privacy Tech Ethics talk run by Hattusia and General Assembly. I assumed it’d be really busy and was pretty shocked when there were 2 other people on the call. It seems like people are starting to talk about these issues but it is really hard to get people to take action - because it goes against our business models and KPIs.

So the responsibility then falls on those of us who feel like this to start making the changes we need, because it’s too important to wait for someone else to pick it up.